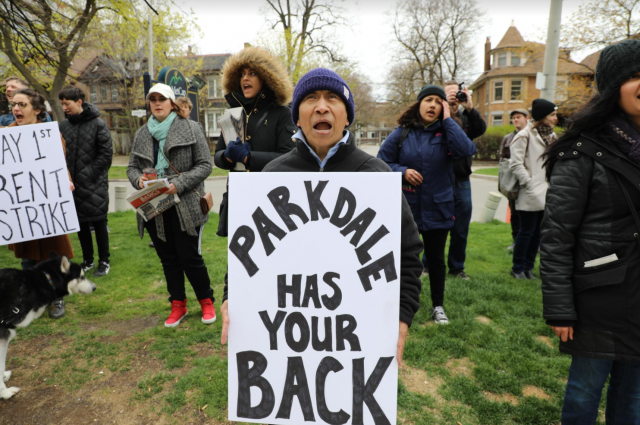 On June 21 fourteen tenants representing rent strikers from six buildings sat down across the table from eight high ranking AIMCo and MetCap executives to put forward the demands of the Parkdale rent strike. Rent strikers secured an agreement from MetCap to stop all evictions as long as negotiations are ongoing. Negotiations resume next week.

Meanwhile, the organizing in the buildings which has brought us to these unprecedented negotiations continues. AIMCo and MetCap are under no legal obligation to deal with the rent strikers as an organized group. It is the sheer force of the tenants’ organizing which has brought men representing billions of dollars of real estate investments to the table.

The Parkdale rent strikers are calling on their neighbours in every MetCap building in Parkdale to withhold their rent on July 1 to keep the pressure on AIMCo and MetCap.