Last evening our neighbours Phil, Brandon, and Kelly, along with members of Parkdale Organize, delivered a letter to their landlord Paval Kanagathurai at his Domino’s pizza franchise at 1671 Dundas West (just east of Lansdowne).We are demanding Paval stop all eviction proceedings against his tenants by Friday, October 20.

(We would like to thank the workers on shift at Domino’s last night for being so respectful and accommodating.)

Paval bought our neighbour’s building at 1313 King West in August. He’s now putting a new Domino’s location in the storefront and evicting the tenants living above the storefront.  His plan is to renovate the apartments and raise rents. He has served Phil, Brandon, and Kelly with eviction notices with a termination date of December 31.

Our neighbours intend to to stay in their homes. Parkdale Organize supports them. Too often we see investors buying up the smaller buildings in Parkdale and pushing out the tenants so they can cash in on rising rents. We have already lost hundreds of neighbours from Parkdale this way. We don’t have to accept our neighbours being priced out of their homes.

If Paval fails to meet our demands we will be taking further action against him and his businesses. Stay tuned! 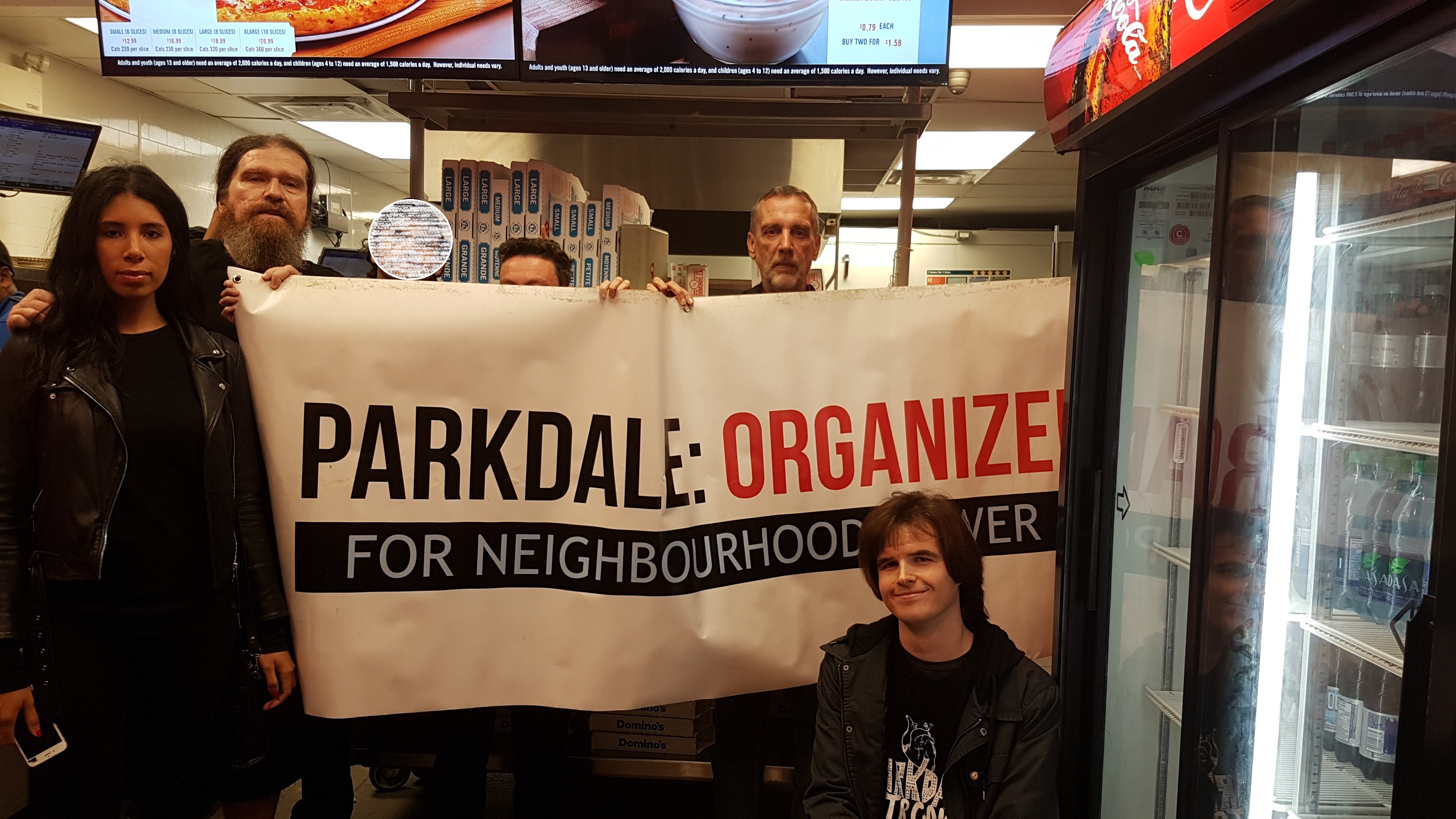