This Is Parkdale Newsletter, Vol. 2, Issue 3

A LOT CAN CHANGE IN A YEAR

Last May 1 saw something new in Parkdale: the MetCap Rent Strike. It started on May 1, 2017 but began months, if not years, before. Thousands of people in Parkdale have been struggling for years as tenants, as workers, as parents, as indigenous people, as immigrants and the unemployed. But on May 1st of last year, hundreds of people across Parkdale organized and struggled together. Hundreds more came together and supported them. After months of organizing and taking action, the MetCap Rent Strikers won. They didn’t just win something for themselves. They won something for all of Parkdale. We now have a bigger idea of what is possible when we organize together.

Strikes are a tactic. Organization is a strategy. It’s organizing that turns private struggles in to powerful action and inspiring victories. It’s coming together and fighting together that has and will change our neighbourhood and our lives.

It’s the example shown by the strikers, organizers, and supporters that has inspired people to not just do what they did but to set a new example. Let’s remember that not that long ago hardly anyone thought people in Parkdale could achieve this much. Lots of people said that working class people relying on each other and organizing with each other could never accomplish anything.

This past February though tenants were in a familiar position. An above guideline rent increase at 1251 King St. threatened tenants’ homes, quality of life and dignity. One building faced a rent increase but they weren’t alone. They had each other and they had the support of a neighbourhood. They had examples to look to and the experiences of tenants who fought and won together. They organized. They fought. They won. A zero percent AGI is what they demanded and 0% is what they got. After months of struggle, their landlord withdrew their above guideline rent increase.

Some tenants from the May 1st Metcap Rent Strike and the February 1st 1251 King St. Rent Strike sat down together to talk about their experiences organizing in the neighbourhood and what they hope for Parkdale next.

Tell us a bit about yourself. How long you’ve been in the neighbourhood? Any changes you’ve seen over that time? 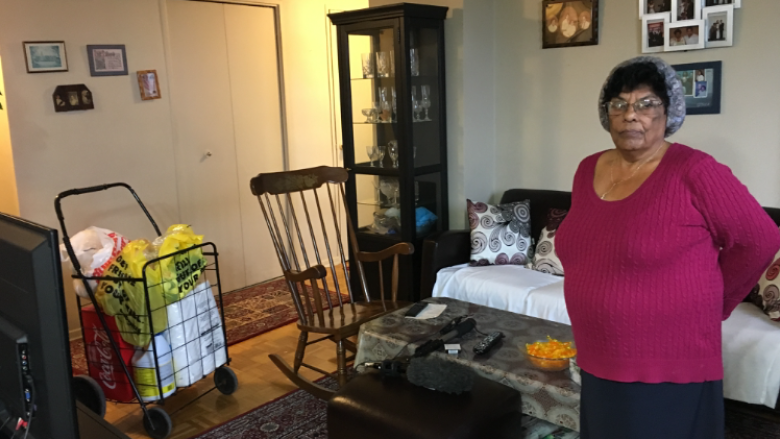 My name is Roma. I’ve lived in Canada for 43 years and at 1251 King St. for 30 years. Parkdale is an interesting place, you can always get a laugh and there’s always something that astonishes you. Years ago there was a lot of shootouts. You still hear shootouts but not like before. But the way things are going with the rent, everyone is uncomfortable. I think I will die in this neighbourhood. I haven’t left King St. yet. If I do I may as well go back to Trinidad. 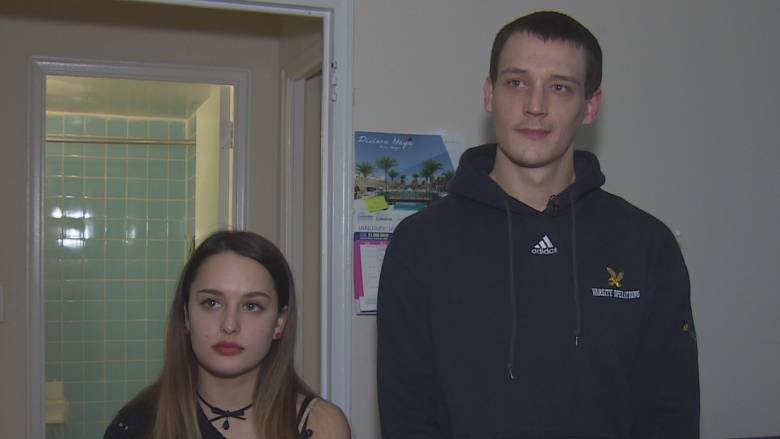 I’m Ryan and I’ve lived on Tyndall for 2 years. I like Parkdale, it’s a good mix. It’s still in the city but I can afford the rent. It’s nice. It feels like a neighbourhood and community. 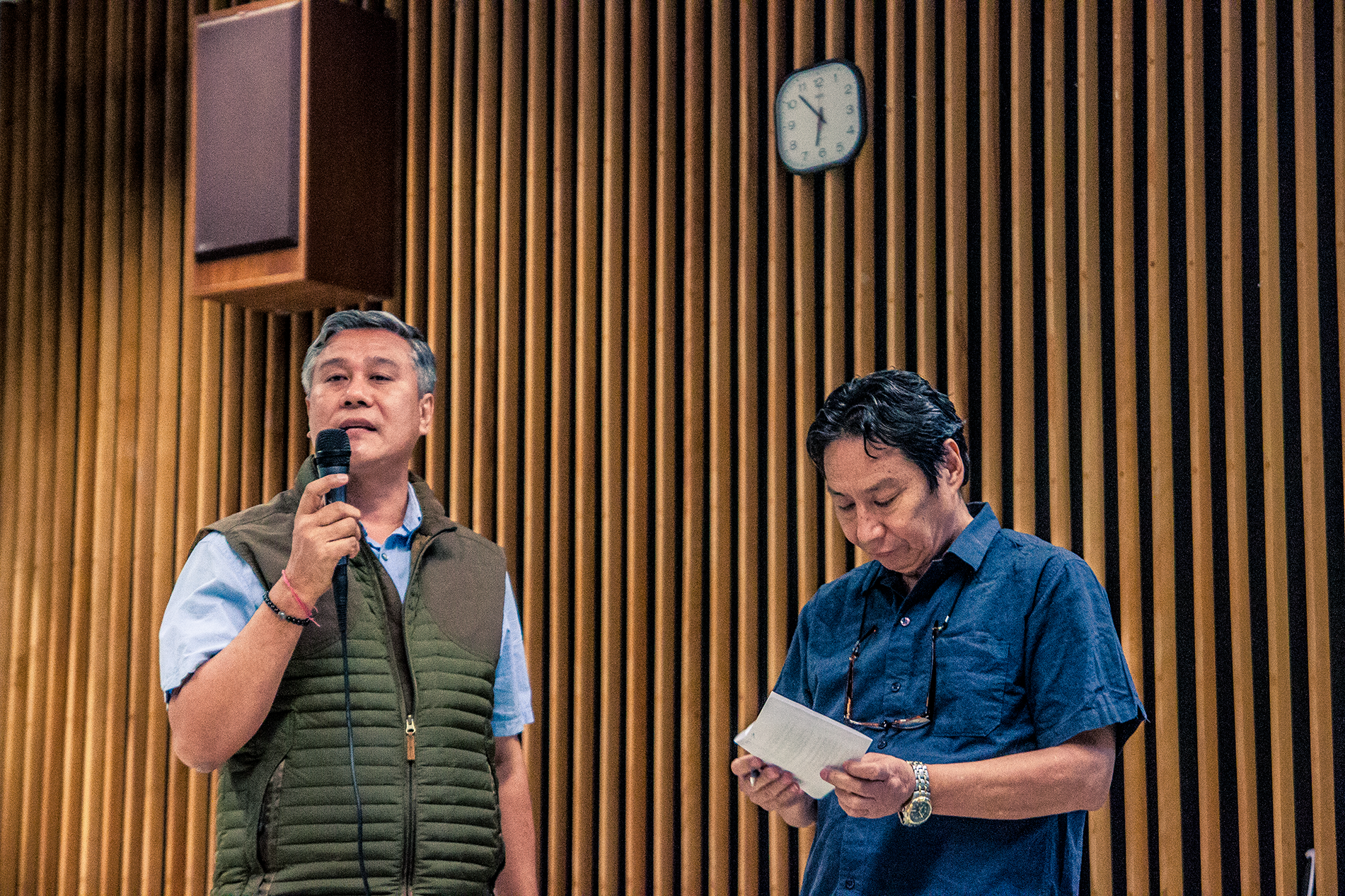 What were your reasons for going on rent strike? What was it like at first?

Roma: I’m glad we took the time to do the rent strike. I’m happy about it. Now my rent won’t cross $1000 until 2019. I didn’t want to cross $1000. We had about 55 rent strikers out of 170 units. Not everybody took part. But everyone benefited from it. If you have cooperation you can do a lot. I would help with the door knocking and making sure people came to meetings. The meetings were small at first but as we organized they got bigger. We kept working and meeting to make sure we had as much co-operation as possible.

Ryan: I joined the rent strike when we saw they were trying to get the max possible rent increase. I thought it was wrong. We spent a lot of time after work door knocking and doing lobby meetings. People grew, personally. People were doing public speaking for the first time and meeting each other for the first time. We gained confidence and felt more connected to each other.

Kelsang: Today I drive Uber and my wife doesn’t have any work. She applied for PSW training. We have to pay for it. Without having good work we don’t have good income and we cannot pay high rent. Stopping the rent increase was beneficial for working class people. Most people in the area are working class people. We got together and organized. In the future, this type of thing will be helpful.

What was the organizing like? What were the things you did to get people to join in?

Roma: Two people would take 3 floors, the next 3 floors 2 more people would take. We also had email. I don’t know how to type but other people were using email, and they would pass the message on to me. I never did email or anything like that. This phone right here is cracking my head. I would stop neighbours and say we’re having a meeting. I would ask them straight out how much your rent is going up and then tell them if they wanted to stop it we had to get together.

Ryan: Regardless of anyone’s capabilities there’s a role for everyone. For someone not comfortable talking at the door they can pair up and take notes. If we ran into people who spoke another language. We got someone who could speak to them and get them information. It doesn’t have to be sophisticated. It’s a lot of work. But it’s simple. Don’t be discouraged by what you see as your limitations, focus on what you can contribute.

Kelsang: In our community we might want to attend every meeting, but sometimes we can’t make it. Who can go? If I don’t have work, I will go and make sure I tell people about what is going on. I’ll ask them what they think and what they want to do. It’s not just our building. We give information on the the street about what’s going on and what they can do. Some people say “if I say something I will get kicked out” or “MetCap will do harm to us”. We would explain “don’t worry” and talk about how all MetCap tenants are together and we are strong.

Are there experiences that you’ll remember from your organizing or lessons you learned?

Roma: I think I’ll remember the co-operation and the unity of everybody. I was surprised we had so much support in the neighbourhood. I was amazed by the support we had from the schools and other people. Cooperation is the most important thing you need to win. Also, people from my old workplace at Toronto General Hospital have been calling me to tell me they saw me on the news. I was on CP24 and in the newspaper. So many calls. I used to be friendly with the super. She used to ask me to pick her lottery numbers. Now she won’t talk to me at all, she turned her back on me. I think they are ashamed. Now looking back, I had fun.

Ryan: A big moment for me was the first time we stormed the MetCap office and they locked us out. We managed to get some of the doors open and were banging on their office windows. The news was there. That looked bad on them. Brent Merril (MetCap CEO) almost running one of us over with his truck was a tipping point. And the lesser known things, too. Like the personal information that was dug up on MetCap executives. The records of who the investors are. You can’t match a corporation for money or lawyers, so you have to be smarter. I can’t imagine what it would be like to have a bus pull up in front of your house (laughing). A lot of it was hilarious. Everytime we got a mic in Diane’s hand it was amazing.

Kelsang: For the last five years I remember people feel like we are getting kicked out, it’s changed now. MetCap does repairs now. Our people have confidence, they do not feel worry. If they increase the rent, we are shouting. Because we’re all together and we made a rent strike and we were successful. We know if we stay like that we have a chance. I remember feeling we were strong. It felt good.

Why do you think you won?

Roma: The determination of the people from the building. We have really strong people who live in the building. Everybody was really determined. At the first meeting with the landlord we didn’t back down. You cannot just jump and take what they want to give you, you have to show you can stand back. The office was sending letters saying we were harassing our neighbours. It was all lies. It wasn’t nice and it didn’t scare or fool anyone. We had support. They knew they were losing. They cannot evict 40, 50, 100 people all at once. They cannot evict you if you have people supporting you and standing in their way. That’s why you have to cooperate and organize. 55 people withheld the rent. I was one of them. Hundreds of people supported us. The landlord had to come to our terms. I’m not going to give you my whole pension in your pocket.

High rent isn’t the only problem we face in Parkdale. Do you have any advice from your experiences from going on rent strike about any other struggles?

Kelsang: Food Terminal workers felt like we did before the strike. They were scared they will lose their job. They got the message from the rent strike to do the same thing. Before that they were scattered, they did not unite together. Finally they came together and went on strike. They made good wins. They need to stay united at the Food Terminal. Some of the tenants in our building work at the Food Terminal. They shared their knowledge from the rent strike. It’s all interconnected.

Ryan: There’s no heroes in this. Be humble and work hard. We all contributed to a team effort. You use the skills you have. Do what you’re good at and you’ll get better at other things. Don’t be concerned about petty things like who gets credit or who does the TV interview. It doesn’t matter who the TV thinks is important. We’re all important when we win.

WE ARE PARKDALE. TOGETHER, WE RAISE THE BAR.

Look around you again. Chances are you stood on the TTC, in an elevator, at a stop light, or in line at the grocery store with someone that won a rent strike, that forced their landlord to do repairs, or won a strike at work. That person is just like you. There’s strength in you and around you. The person with laundry in the dryer you’re waiting for made national news. The mother picking her kids up at Queen Victoria inspired people in another city to organize with their neighbours. There are people picking up at the Queen Street Food Bank that have done more for working class people than any politician you can name.

Your neighbours have raised the bar but none of us should think we’re done. We aren’t even close to done. Our rents are still too high. Our wages are still too low. Our schools still don’t have what they need. Social services still don’t provide what people deserve. Deportations, cut backs, and evictions still threaten hundreds of people in Parkdale on the daily. We can raise the bar so much higher. We are capable of so much more. We can organize together and become stronger together. The organizing this past year has given us an idea of what we might be capable of together. Let’s make sure next year leaves no doubt about it. We are capable of anything we organize ourselves for.